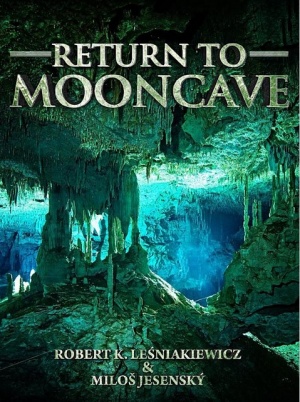 This book, which is a continuation of the previous work published by Royal Hawaiian Press, entitled Mooncave Mystery, by Robert K. Leśniakiewicz and Dr. Miloš Jesenský, which described the legend of the Mooncave. The authors write about their own search for this mysterious formation, whose characteristics are included in the first volume of their work. Although they did not find the Mooncave, they gave its two potential locations. There is also another possibility: that the Mooncave is in the territory of Poland – moreover, in an area very well known for mountain lovers. Not the highest ones, but the lower ones, namely, the Beskids, in which – as it turns out – there are still many things to discover, and whose story revealed strange news about unusual events that took place there during World War II.The authors also describe their trips to various places of interest related to the Mooncave and stories of AK couriers, soldiers of guerrilla groups and other people's reports regarding events on both sides of the Polish-Slovak border. According to them, right there – on the Polish-Slovak border should the Mooncave be located, along with the miracles that its historical explorer described.