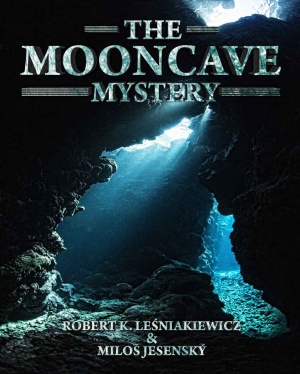 The legendary, half-artificial, half-natural geological formation over 20,000 years old is located somewhere on the Slovak-Polish border. Known to local residents, it was discovered in 1944 at the end of the Slovak National Uprising by a scholar and a soldier, who had to then flee from communists to France and then to the United States, where he revealed his find to the world in 1960s.What is the Mooncave? An extraordinary creation of Nature? The remnant of some visitor from outer space on Earth? Or maybe a remnant of the Atlantis civilization or even older? Is it really, or is it just ignis fatuus attracting all sorts of adventurers? We are trying to answer these and other questions in this book. And this is not so easy. This work is the result of several hypotheses about the breakthrough of humanity and what happened to it in the times which describes, among others Plato and his contemporaries. A lot time is dedicated to the account of the search for this artifact, placed against the backdrop of certain historical and literary documentation.