The Secret of the Seventh Arc 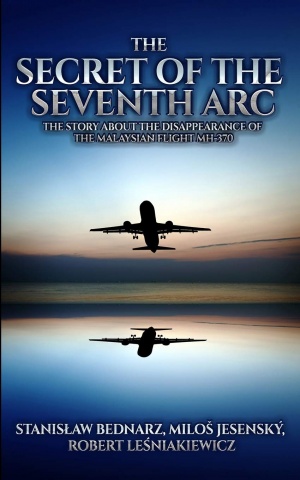 It is an unheard of case! A huge flying machine measuring 60×64 m and weighing 300 tons disappears without a trace in the gloom of the Malayan night! The search for six years is still fruitless, and there is not even a fixed location for a possible catastrophe! And it would seem that it was all happening in a world where satellites and sensors are able to hear a mouse sneeze from thousands of kilometers away … – and despite all this, the waters of the Indian Ocean or any other sea were forever closed over MH-370. After all, we do not even know where the plane flew after the pilots turned off its transponder! One can only make assumptions and hypotheses. It is incomprehensible for us, maybe all this happened in an area bristling with radar stations and other air traffic detection devices. And nobody has seen anything, nobody knows anything… Hundreds of ships pass daily in waters with increased sea traffic. And yet no one knows what happened… We wanted to present the reader with the development of the situation and new searches and new hopes for finding missing people and the airplane. Some are factual, some are quite fantastic.